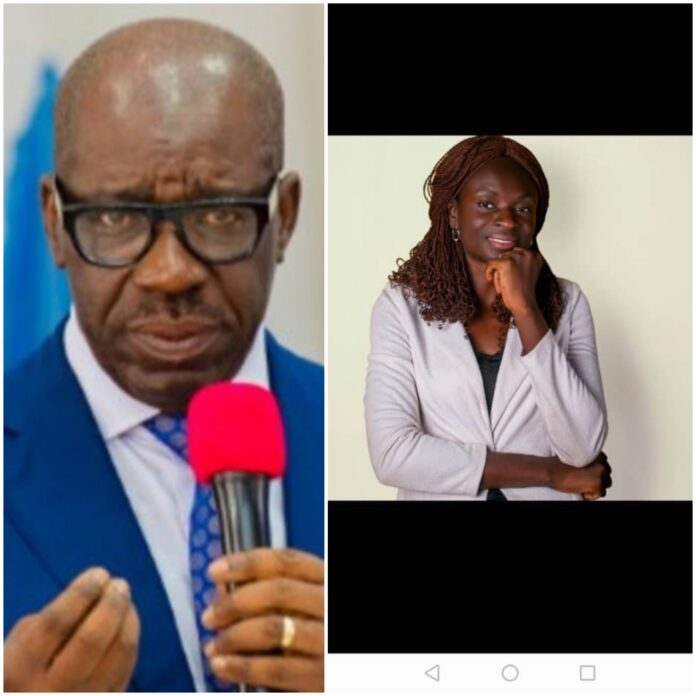 Edo state residents have been urged to promptly report all incidents of sexual and gender-based violence to law enforcement agencies.

She also urged parents, guardians or relatives of victims to avail themselves of medical and sundry services at the centre named after the late teenage rape victim, Vivian Ugu.

She charged prosecutors to prioritize all cases of Sexual and Gender-Based Violence (SGBV) in the state.

Dr Eromosele assured residents of prompt response at the centre. She said that the state government adequately equipped it to cater for the needs of survivors of sexual and gender-based violence.

“A 24/7 telephone helpline would soon be opened at the Centre and made available to the public for prompt, secure and unhindered reporting of sexual assault and gender based violence. And every help we render to victims is completely free of charge from start to finish,” she said.

According to Eromosele, Governor Obaseki and his wife, Betsy, are very passionate about addressing the incidence of sexual violence in the state, hence the register. It will name and shame rapists and those who commit other gender-based crimes.

Eromosele noted that the Edo State Government would establish branches of the Centre in all the local government areas of the state, across the three senatorial districts.

The Vivian Centre, she said, is well positioned, “to serve as a safe environment where survivors are given all the required care and support they need. This includes medical examination, screening and preventive treatment for Human Immunodeficiency Virus (HIV) and other sexually transmitted infections”.

She said that “the collection of forensic evidence, as well as the screening for drugs where the use of stupefying substances is suspected are also part of the centre’s tasks”.

She holds a Masters degree in Public Health from the Ladoke Akintola University, Ogbomosho.

Dr Eromosele who has earlier served as Head of the District Hospital, Ekiadolor, is a Member of the Medical and Dental Council of Nigeria. She was Secretary General, Association of Resident Doctors, Edo State HMB chapter, before her appointment as acting Coordinator of the Vivian Ogu Sexual Assault Referral Centre.

Safer Internet Day 2021: “Together for a better internet”