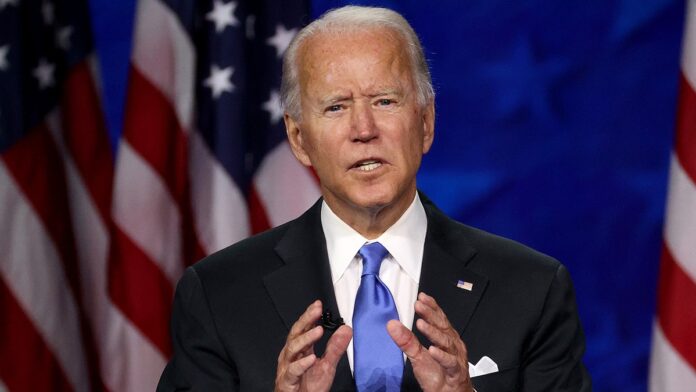 His choice to execute United States immigration policy is Alejandro Mayorkas, who was appointed to become U.S. secretary of homeland security.

Mayorkas is a Cuban-American whose parents were refugees from Fidel Castro’s Cuba. He is expected to help reverse President Donald Trump’s hard-line immigration policies.

Biden published comprehensive immigration plans that would feature prominently on his first 100 days in office. He plans to reverse a lot of Trump’s policies, including reform of the U.S. asylum system and the treatment of people at the border with Mexico.

Although Biden wouldn’t take down parts of the wall that have already been built along the U.S. southern border, his administration plans to take away funding toward continued construction of the wall.

Biden plans to produce comprehensive immigration legislation that creates a pathway to citizenship for 11 million migrants living in the U.S. illegally.

He would also provide a pathway to citizenship for those who are part of the Deferred Action for Childhood Arrivals, DACA program, commonly known as DREAMERS.

Biden also pledged to make the DACA program permanent on his first day in office. Trump Administration has made several unfruitful attempts to repeal the program.

According to Biden, he would On Day 1 as president, stop the practice of separating immigrant families trying to enter the U.S. from Mexico.

He, therefore, plans an executive order to establish a task force focused on reuniting children and parents separated at the border.

The president-elect plans to end Trump’s executive order banning travelers from some 13 countries.

But the Biden White House plans to withdraw from agreements Trump reached with Guatemala, Honduras, and El Salvador that permitted the U.S. to shift rejected asylum seekers to those countries.

On Tuesday, Mr. Mayorkas gave insight into how he intends to focus the Department of Homeland Security’s mission. The department is meant to “keep us safe and to advance our proud history as a country of welcome,” he said.

Mayorkas is a former federal prosecutor in California. He joined the Obama administration in 2009 as the director of the U.S. Citizenship and Immigration Services (USCIS).

In that role, he oversaw the implementation of DACA, which protected eligible immigrants from deportation and provided them work permits.

Mayorkas was born in Havana, Cuba, and came to the United States as a baby with his family after they fled Communist Cuba.

He turned 61 on Tuesday, and Biden wished him a happy birthday at the event.

“When I was very young, the United States provided my family and me a place of refuge. Now, I have been nominated to be the DHS Secretary and oversee the protection of all Americans and those who flee persecution in search of a better life for themselves and their loved ones.”

If confirmed by the U.S. Senate, Mayorkas would become the first Latino and first foreign-born to lead the behemoth department with about 240,000 employees.

Canada apprehends Bear fleeing the US without travel documents

President Biden stumbles and falls on Air Force One steps