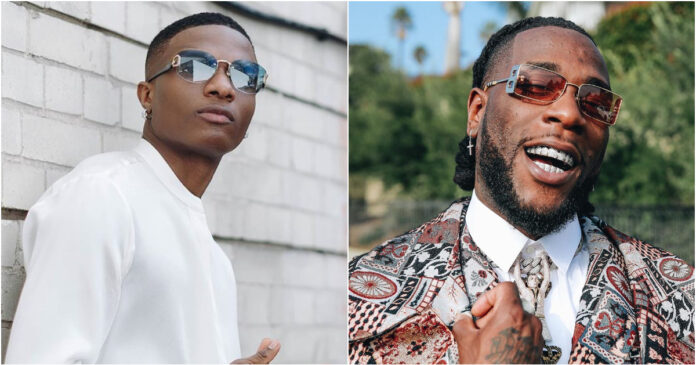 Burna Boy, real name Damini Ogulu, a nominee for a second consecutive year, won with his ‘Twice As Tall’ album. He won the prestigious award in the category for the Best Global Music Album.

Burna Boy, 29, beat four others including the Malian band, Tinariwen.

But Wizkid won his first-ever Grammy Award for his collaboration with Beyonce in the song ‘Brown Skin Girl’ off the 2019 album, ‘The Lion King’. Wizkid won the Best Music Video category.

The 63rd Grammy Awards is being held in Los Angeles. There is no audience, and performers have been separated onto five stages, arranged in a circle inside the Los Angeles Convention Center to maintain social distancing.

Burna Boy was nominated in the same category in 2019 but lost out to Angelique Kidjo at the awards ceremony in 2020.

However, Kidjo dedicated her win to him, saying: “Burna Boy is among those young artists that come from Africa that is changing the way our continent is perceived and the way that African music is the bedrock of all music.”

Burna Boy recently become more engaged in activism. Last year, he was closely involved in the #EndSARS movement, created to protest police brutality in Nigeria. He set up a fund for victims and released a song in memory of those killed on October 20, 2020 at the Lekki Toll Gate in Lagos.

He also recently tweeted his support for Senegalese protesters who took to the streets after the arrest of opposition leader Ousmane Sonko.

“Jollof on the Jet ” Queen, Dj Cuppy Features in...

House Passage of NO BAN Act a Big Win For Fair...