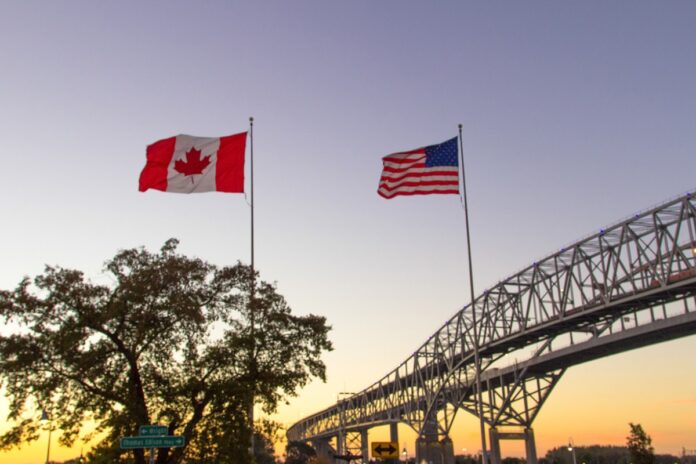 Canadian authorities said border officials apprehended a bear that made a “forceful attempt” to enter Canada at the U.S. border.

According to officials, the bear was apprehended for not having travel documents for entry into Canada.

“A traveler sought entry for essential reasons but had no travel documents,” Canada Border Services Agency posted on Facebook.

“After a forceful attempt on its part to cross the border, our officers moved quickly to apprehend and transfer it to the Smithers’ Northern Lights Wildlife Society for the winter.”

The post from the Canada Border Services Agency prompted social media users to link the attempted crossing to the U.S. election. But the winner is yet to be determined.

Commenting on the agency’s post, one user wrote: “Even the wildlife wants to defect from the U.S. to Canada.”

NEWSWEEK reports that images of the black bear show it climbing a waiting zone sign. It was approaching a door to the agency offices and, climbing up and peering through at a border agent on the other side.

Black bears are found from the northern parts of Mexico through to Canada. They are the smallest and most widely distributed species of bear in North America, generally being found in forested areas.

They are normally wary of humans and will avoid them if they hear them. Encounters generally occur when people bring food into areas where bears are. Bears will try to take advantage of these food sources and can end up coming into conflict with people.

The Smithers’ Northern Lights Wildlife Society, where the bear at the Canadian border was taken, is a sanctuary for young, injured, or orphaned wildlife. It was established in 1982.

It is located in British Columbia next to the Babine Mountains Provincial Park.

Canada imposed restrictions on non-essential travel from the U.S. due to the pandemic.

But an immediate family member of someone in Canada is allowed to enter. But they must not have symptoms of COVID-19 and must quarantine for 14 days after arriving.

Canada has continued to extend restrictions every month since May 2020.