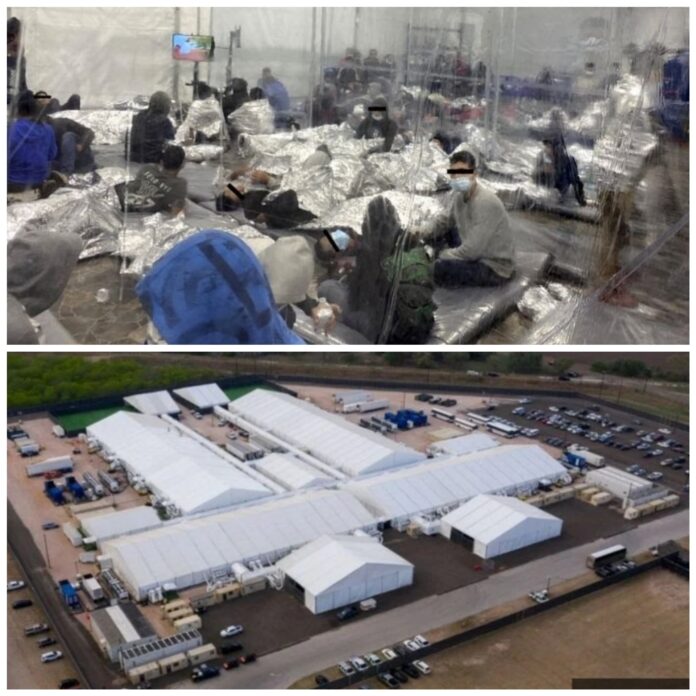 Horrible! This aptly describes the condition of children detained at the detention facilities for migrants entering the United States.

Texas Congressman Henry Cuellar, a Democrat, released images on Monday that showed young migrants at the facility in Texas are kept in crowded areas without opportunity for social distancing. This raises fears of possible spike in Coronavirus cases at the facility.

The photos also showed children at the facility in Donna sleeping on thin mattresses on the floor under foil blankets. Sources said that those housed at the site had not been given adequate access to soap or food.

Journalists, who have been giving favorable covereage to the administration began to ask questions after being denied access to the facilities for weeks until they became restive.

While in office, Mr Trump faced criticism over the conditions inside border facilities holding children. But some journalists have described the current condition as worse than before.

Mr Cuellar said that those being housed at the centre had been divided among eight plastic “pods” that were overcrowded.

There has been a big influx of arrivals to the US southern border since Mr Biden took office, including hundreds of unaccompanied children.

Lawyers who represent the children, and lawmakers who have toured the facilities, have described conditions as cramped.

However, the administration now plans to open additional facilities for migrants after horrible images were leaked from the detention centre in Texas.

The photos are the first to show conditions at such facilities since President Joe Biden took office.

Biden campaigned on giving pathway to citizenship for people who illegally enter the US. This, he said, will happen within his first 100 days in office, a promise now blamed for the surge in current illegal migration to the US.

Mr Biden has also removed some of the restrictions for those entering the US introduced by former President Donald Trump.

White House Press Secretary, Jen Psaki said on Monday that the US government was working to provide further accommodation for arrivals “in the coming days and weeks”.

“These photos show what we’ve long been saying, which is that these border patrol facilities are not places made for children. They are not places that we want children to be staying for an extended period of time,” Psaki said.

She said the alternative was to send children back “on this treacherous journey – that is not, in our view, the right choice to make”.

Canada apprehends Bear fleeing the US without travel documents